Machine learning risks becoming a mystical religion. I am not only referring to people actually worshipping “AI gods”, but the general tendency to think that AI will guide our society to enlightenment, solving most of the problems, without us being able to understand it in its superiority. Approaching one of the biggest “technological disruptions” of the second decade of the 2000s with an act of faith is not the safest thing to do. We need to understand both the structure and the consequences of the algorithms we use. Which location could be better to discuss about these challenges than a former monastery in the Tuscan countryside? Between September 10 and 13 2019 this wonderful place (Certosa di Pontignano) was the frame of the conference LOD2019, the Fifth International Conference on Machine Learning, Optimization, and Data Science. 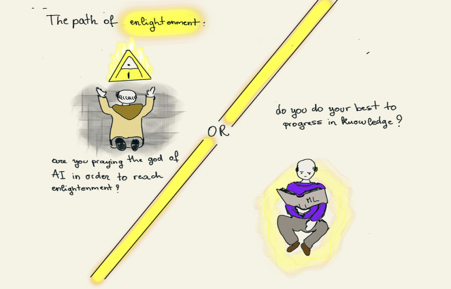 The conference was spanning on a wide range of arguments and brought together many experts from both academia and industry. Even if the background of the participants was extremely varied, the focus of the conference was clear: understanding and formalising the techniques to analyse and model Data. The conference was not only focusing on machine learning and neural networks but on a wide series of techniques for optimising models and fitting the data. Unsurprisingly a considerable portion of the talks were relevant for the quest to understand the mythological beast known as AI. 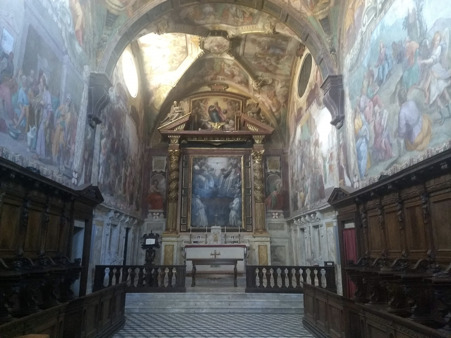 Church of the Charterhouse where the conference took place

Academia have been nourishing optimisation algorithms and mathematical aspect of learning theories for many years, way before computers became powerful enough to turn machine learning into a gold miner. Today we have fast computers and a lot of the progress have been achieved through try and fail. Now it is time to bring the things together, to formalise this try and fail process by using math and science. The conference was reflecting this spirit very well.

Impressions from the conference (a non-exhaustive selection)

Some talks were focusing on the effort of modelling and improving techniques that, in some cases, are as successful as mysterious. To open the conference was Michael Bronstein, which presented a method to extend the filters used in convolutional neural network to the case of non-Euclidean spaces, which means a type of filter that could be used in 3D image recognition. Richard Turner talked about a new way of transferring knowledge, based on training a neural network to learn how parameters depends on the training sample. Marco Gori proposed to rethink the way we train neural network by borrowing the idea of Lagrange multipliers from Physics.

Another part of the conference was focusing on analysing the performance of Neural Networks, to understand how performant they are and how they learn. For example, Sean Tao is working on understanding the structure of a neural network after the training.

Not all the talks were about neural networks. Quite some time was dedicated to the bigger sibling of machine learning: Optimisation. Zelda Zabinsky talk was on how to use a low fidelity model to search for the minims of a high fidelity one. Kaisa Miettinen talked about multi-objective optimisation or the challenge of optimising more aspect at the same time.

There was also space for applications. Arthur Guez presented the challenges of designing the famous Alpha Zero. On the side of daily applications, just to name few, Giorgio Sartor presented how to use combinatorial leaning in air traffic management and Carola Gajek and Federico Bianchi are interested in forecasting respectively photovoltaic and heating networks.

Finally, there was also time for philosophical discussion and intriguing problems. Gianluca Bontempi tried to address from a machine learning point of view the induction problem: is inductionism the best way to approach data? Erik Berglud is trying to teach chaos to Neural Networks. Mauricio Resende is using random keys and genetic algorithms to solve optimisation problems.

This of course is only a very personal selection among the many interesting talks that were presented at the conference, and among those that I was able to see, due to me lacking ubiquity for following multiple parallel sessions. If you want to know more about the conference you can go on the website. If now you are sad since you missed this conference, don’t despair, proceedings will be out, and I am looking forward to that. 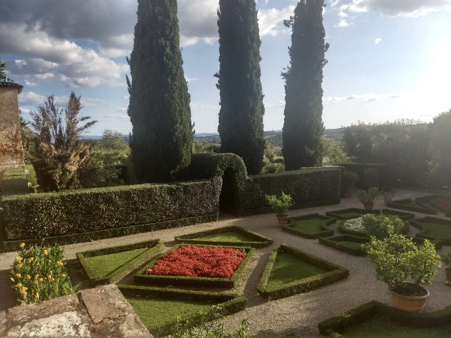 The Italian garden of the Charterhouse

I came out of this conference refreshed, not only because of the good food and the chance of spending one week in my homeland. It is important to have events like this conference, where to discuss seriously, and at a technical level, arguments that are too often treated as a hype 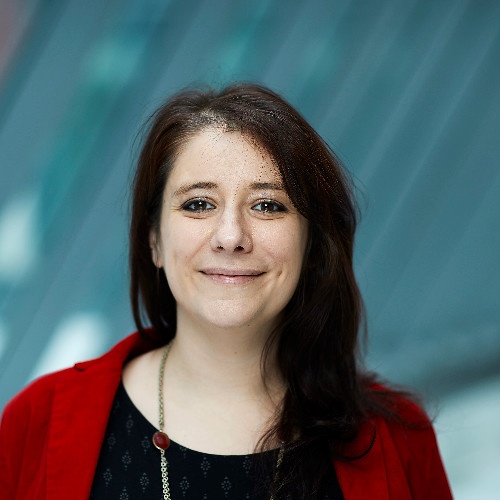 AIMS teams up with the Norwegian Computing Center for the PReVENT project
A data scientist’s look on the Norwegian Strategy for AI
De-mystifying machine learning: LOD2019 conference report
AI or die: the race to AI solutions implementation
Who is going to be my anomaly detector?