At AIMS, we have invested 1000s of hours developing the feature that will change the way you monitor your digital business and technology stack - Correlation Topology.

The pain that we're solving with the Correlation Topology (which some might call automated application dependency mapping and detection) is something that many enterprises and service providers are already facing. And that is to understand the dependencies and relationships with the complexity of IT systems, IoT devices, web applications, and data centers companies now have.

Increasingly, these systems interact in some way, and that creates a massive challenge with regards to understanding what's actually going on, what is affecting your business, and how you can understand your environment and its dependencies.

How can you be proactive with this complexity? How can you scale application monitoring?

A lot of companies struggle with setting static thresholds in traditional APM (Application Performance Management) tools and end up with a bombardment of alerts or missing alerts due to manual event-based alerting. Which just adds workload, instead of making it easier.

How do you control SLAs in these systems that are really exposing business services to customers or end-users? And how do you actually investigate and troubleshoot these problems? Where is the weakest link? What is the root cause? What can lead to potentially critical downtime? How can you expose dashboards and reports to users in real-time? And lastly, a problem that most of our customers faced before using AIMS is that, you can't just keep hiring people to solve this complexity, but also need to do something smarter. You need to leverage automation.

These challenges have been faced by a lot of companies already and it's just going to be a bigger issue. For example, British Airways had to cancel all flights from Heathrow and Gatwick on a weekend due to an IT failure causing severe disruption to its global operations. This was due to a small glitch in the system. So, that's just an illustration of the potential pain. Small issues can have a big impact on an interconnected IT environment.

The rise of AIOps

The above challenges are recognized by top analysts like Gartner and Forrester:

"By 2024, 30% of business leaders will rely on AI in IT Operations (AIOps) platforms for automated insights to drive business-related decisions," – Gartner.

"The complexity of IT systems has been exponentially increasing for the past several years. This has led I&O teams that lack modernized skill sets, processes and tooling to struggle with achieving complete visibility into the digital services they provide to customers," – Forrester.

At AIMS, we have spent several years developing a complete AIOps solution that addresses these challenges. We have built proprietary AIMS performance agents for a set of Microsoft-oriented enterprise servers. Also, we've opened our entire platform to any kind of time-series data, which also now includes Influx Telegraf performance agents, which supports over 200 additional technologies, including Oracle, Linux servers, containers, and public cloud providers, which allows AIMS to capture performance data through a flexible API, then normalize or aggregate it.

AIMS "cuts and dices" the time-series performance data into different frequencies and uses algorithms to analyze it. Furthermore, AIMS discovers correlations based on data patterns and behavior, identifies anomalies based on learning what's happening in a customer's IT environment across all the connected systems, and application components. And the output is basically anomaly alerts that you monitor, dashboards that you govern, and discovery and mapping of the topology that lets you understand what is actually going on.

How do automated application discovery and dependency mapping work?

You can watch the full webinar here.

Using AIMS Correlation Topology, you don't have to instrument anything, neither you have to do any manual setup. It basically takes all the data coming from the agent and based on that, we can access the visualization of any relationships and dependencies on a specific node or system, or application, which means that there's no need for a massive project or involvement of a great number of employees, because it is completely automated.

So, if you go back to the modern challenges of enterprises – understanding how their systems are interconnected and what components are moving, what the dependencies are, and the new anomaly - you can barely scale it without automating and applying AI.

Companies want to understand anomalous behavior in their systems first, and then what kinds of systems it could potentially impact. So, bringing that back to the British Airways scenario, when British Airways had to cancel all weekend flights from Heathrow and Gatwick due to a major IT failure causing severe disruption to its global operations, you could probably understand the root cause for that happening and be able to prevent it before it potentially escalates to that kind of situation.

Do you want to test the automated discovery of dependencies and application mapping? Sign up here to get early access and test it out for free. 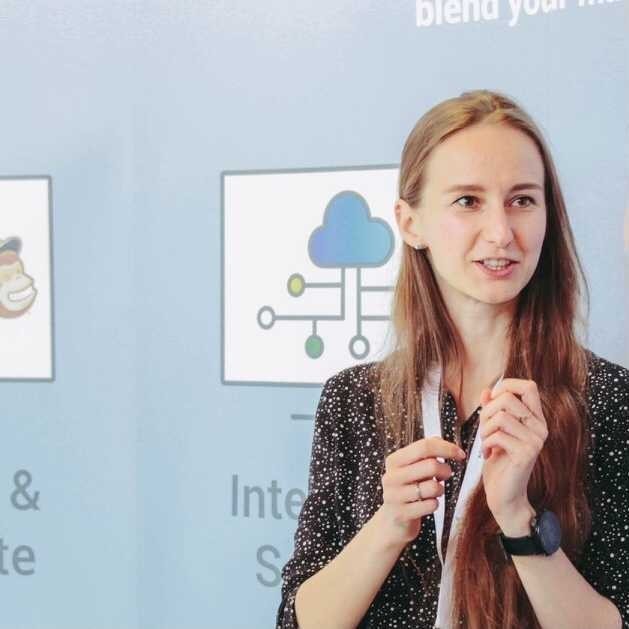 A Beginner's Guide To AIOps

AIOps is the core of digital operations. It acquires data from different sources including existing IT monitoring tools and automates processes to the point where users are given only the truly...

Traditional monitoring fails in a modern IT environment when systems and IT applications become more complex, more agile, partly due to interconnect connectivity between applications and the external...